Napa is considered by many to be the mecca for foodies, and I would tend to agree with them. To live like a local though, you need to know which are which, and so I decided that with the start of the basketball season, I would give out some of my own awards to some of my favorite restaurants. 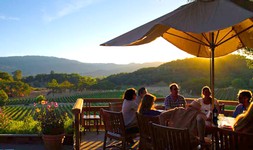 Rookie of the Year goes to a restaurant that is new on the block and has taken the town by storm. Located on the corner of first and Main street, Basalt has attracted many high regards for their wonderful food, fun cocktails and great atmosphere, after eating there a couple of times I think that it deserves all of that praise.

6th man of the Year goes to the restaurant Farmstead, like any good 6th man this restaurant does not get all of the big hype from the press, but works hard behind the scenes and is an integral part to the foodie scene in Napa with less fanfare then some of the main attractions. I have eaten everything off this menu and have always had a great meal! Chef Stephen Barber is a wizard with any sort of game or fish dish, with big hearty portions and tons of flavor in every single bite. Located in St. Helena, it is worth the drive even from Napa.

Comeback Player of the Year goes to Lucy’s, despite a change in ownership and chef they have not lost a step. Located in the Bardessono hotel this restaurant can fly under the radar but the fresh food and amazing ambiance makes this restaurant a homerun. Look out next year this restaurant is a potential to win the MVP award.

Defensive Player of the Year goes to Grace’s Table not on the main road and maybe not the first restaurant that comes to mind for most people, but it is a big part of what makes the Napa food scene so amazing. Michelin rated, this little restaurant on the corner brings down the house with amazing food at a great price with a warm and comfortable setting. 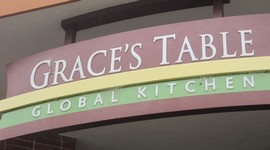 Coach of the Year is for Redd/ ReddWood, and really for chef Richard Reddington, who is the mastermind behind these two amazing restaurants, both located in the town of Yountville. Different styles and cuisine, but same great service, wonderful atmosphere, and food I promise you will always remember.

MVP– Ad Hoc. I think that there is a lot of great food throughout the valley, but dollar for dollar Ad Hoc is by far the best. I am not sure if it is the pre fixed menu, that everything is served family style, or because the portions never leave you hungry, either way, there are too many great things to choose from when it comes to why I think Ad Hoc is the real MVP of the food scene in Napa. 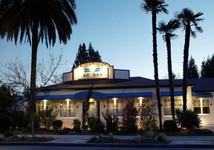 Local food awards from a local himself.

Michael Baldacci has been walking in the vines since his childhood. He assumed the role of Winemaker in 2017 and has never looked back! Michael still walks in the vines with his trusty side-kick Beau and enjoys living in Napa with his fiancée, Megan.

Michael Baldacci has been walking in the vines since his childhood. He assumed the role of Winemaker in 2017 and has never looked back! Michael still walks in the vines with his trusty side-kick Beau and enjoys living in Napa with his fiancée, Megan.

This website uses cookies to improve your experience while you navigate through the website. Out of these cookies, the cookies that are categorized as necessary are stored on your browser as they are essential for the working of basic functionalities of the website. We also use third-party cookies that help us analyze and understand how you use this website. These cookies will be stored in your browser only with your consent. You also have the option to opt-out of these cookies. But opting out of some of these cookies may have an effect on your browsing experience.
Necessary Always Enabled
Necessary cookies are absolutely essential for the website to function properly. This category only includes cookies that ensures basic functionalities and security features of the website. These cookies do not store any personal information.
Non-necessary
Any cookies that may not be particularly necessary for the website to function and is used specifically to collect user personal data via analytics, ads, other embedded contents are termed as non-necessary cookies. It is mandatory to procure user consent prior to running these cookies on your website.
SAVE & ACCEPT